US Presidential Election: What to look out for on Election Night

The US election promises to be one of the most important elections in modern history, and so it is important for investors to be aware of all the various permutations which could occur. Ballinger has previously commented on Presidential polls and policies but trying to decipher what will happen exactly on the night, will not be straight forward.

In general, US stocks have increased regardless of the political party in power, and so markets tend to not pay too much attention to US election’s and their winner. This election is different, for several reasons. Firstly, the COVID-19 pandemic has made fiscal stimulus a necessity. The initial emergency stimulus passed in March was supported by both parties, but for the second fiscal stimulus bill, both the Democrats and Republicans have argued over key differences. A Biden win would see a large fiscal stimulus bill compared to a smaller one for Trump, which would drastically alter fiscal policy for the United States over the next decade as the Government will try to combat soaring fiscal debt. Secondly, the gap between both parties’ policy positions is widening. Biden, and the Democrats have become more left leaning and are championing tax hikes for the wealthy and broad spending on Healthcare and education, while Trump is pushing further to the right with historic tax cuts and deregulation. Third, and most important in the immediate term, is the increased likelihood of a contested election. Trump has consistently refused to agree to a smooth transfer of power, and if the results are close, then it is possible that the election result could go all the way up to the Supreme Court. For these reasons, what happens on election night is of vital importance to investors and markets and could determine a shift in US politics.

The general consensus is that it is unlikely that we will have an election winner on election night, due to mail-in ballots. Figure 1, provided by the FT, shows the key swing states that could be delayed due to mail-in voting and therefore unless there is a landslide victory, it will be difficult to declare a winner when there is a possible 70 electoral college votes still in play. The ‘litmus test’ state, Florida, will be called on the night and will give a good indication of where the presidency is heading, although there will be no official confirmation. 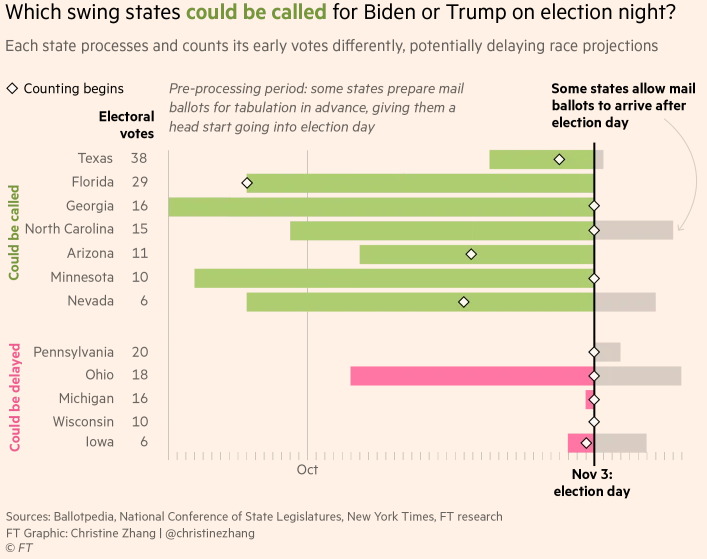 Figure 1: When each battleground states starts accepting and counting ballots.

At the time of writing, 92 million ballots have already been cast due to the large increase in mail-in ballots, and it is likely that the 2020 US election will have the highest voter turnout in history. Increase in mail-in ballots has led to what some analysts are calling a ‘Blue Shift’ theory. On election night, in-person votes are counted first followed by mail-in ballots and in general in-person votes are more likely to favour Trump because of the President’s assertion that mail-in ballots lead to fraud. Therefore, there is a possibility that Trump will take an early lead on the night before there is a blue-shift towards Joe Biden as mail-in ballots are counted. This could increase the chance of a contested election because Trump will not concede whilst in the lead on election night. More likely, his lead will be wiped out in the weeks after election night, and he could claim that these ballots are fraudulent to get him out of power.

A recent survey by Bank of America found that 60% of fund managers expected a “contested” election result, the worst possible scenario for markets. The most recent contested election was in 2000, and markets treated it as a risk-off event. The S&P 500 fell by around 5% in the week following the US election, and Treasury yields dropped 60 basis points. The dollar rose in the immediate term, however fell 9% from November’s highs to January’s lows. This is because investors treated the contested election as a constitutional crisis when the decision went to the Supreme Court, and the dollar turned from a safe haven currency to the national currency of a country on the verge of civil unrest. It is possible, but unlikely that a contested election in 2020 will go to the Supreme Court as well, so investors will most likely treat the dollar as a safe haven if the election is not fully contested.

The consensus on the dollar has not changed over the past few weeks. If there is a smooth transfer of power, the value of the dollar is expected to fall as a risk-on mood is signalled and if there is a delay in the results or the election is contested, the value of the dollar should rise as investors will forgo riskier assets. If there is a Biden victory, the Russian Ruble is expected to fall, while if Trump wins, the Chinese Reminbi will likely fall, in line with political expectations on how each President will crack down on those respective countries.
The election is likely to be hotly contested despite FiveThirtyEight, who specialise in opinion poll analysis, assigning an 87% probability to a Biden victory. However, it is worth noting that if the 2020 polls are as wrong as they were in 2016 (where Trump outperformed opinion polls by roughly 2.8%), then Trump would win the Presidency with 279 electoral college votes. The first polls of interest are in Georgia and North Carolina which will give a good indication of what is in store by 1am GMT on Wednesday morning.